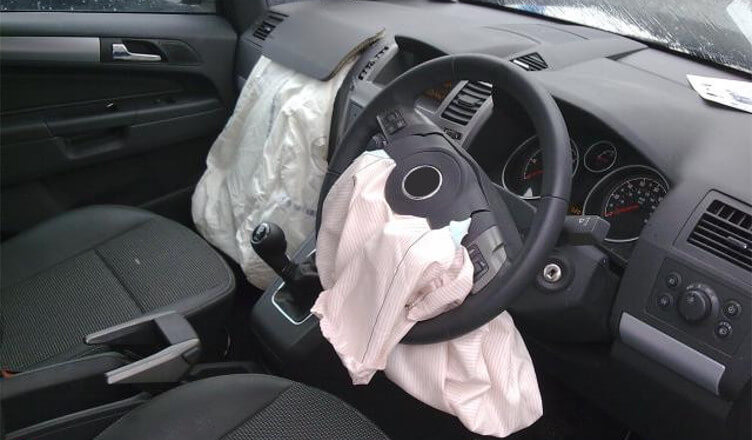 A major passenger car airbag recall was issued in April 2013 by Japanese OEM supplier Takata Corporation, one of the three major automotive airbag suppliers. The other two are Sweden based Autoliv and US based TRW automotive. The issue involves improper airbag deployment due to defective inflator and propellant devices. The recall initially covered 47 million vehicles across 6 carmakers globally, but overtime  it has been expanded to include approximately 85 million vehicles across 22 carmakers as of May 2016.
After much investigation the issue was traced to be linked to non-desiccant(non-drying agent) ammonium nitrate inflator devices. The build-up of moisture in the inflator overtime causes it to malfunction. This is exacerbated in high humidity climate. About 100 reported incidents have been linked to the Takata airbags globally and out of those incidents, 13 were fatalities. The US with 10 reported fatalities and Malaysia with 2.
Considering the small handful of reported cases compared to the total number of vehicles recalled, this issue might be overlooked especially in regions of the world like Nigeria where  the heat and humidity is a perfect environment for airbag rupture incidents to occur. The fact that there is no coordinated reporting of any automotive issue also means many incidents will go unreported. Looking at the global reports, the overwhelming majority is coming from the southern US where there’s more stringent measures in place.
Other developing countries have less measures to capture reports. Sometimes reports are completely ignored like this 2012 case of a 2007 Honda Civic which had an unwanted deployment in Egypt. Surprisingly this particular model is not included in the affected vehicles list.
The US National Highway Traffic and Safety Administration (NHTSA) has issued a complied list of affected vehicles which can be referenced to see if your vehicle is one of the affected. Honda has the largest number of affected vehicles since Takata was Honda’s sole airbag supplier. However the fix according to Takata is replacing the ammonium nitrate inflators or temporarily disabling the airbags. The large volume of vehicles recalled mean that the recall completion rate is very low. According to Automotive News, the completion rate is about 25% in the US.
Now regarding when the recall fix will get to Nigeria, it is  still unknown at the moment as there is currently no structured avenue in place for dealing with vehicle recalls. Disabling the airbags is a dangerous option as well. so once you’ve identified that your vehicle make and model year is on the list, being cautious is the best option. Maybe this will provide the stepping stone to laying the groundwork for issue reporting and dealing with vehicle recalls.
For a detailed chronology of events relating to the Takata airbag issue, You can check the following link
Below is a list of affected vehicles for the Two most popular Car Brands Nigeria, Honda and Toyota. For the complete list visit safecar.gov website