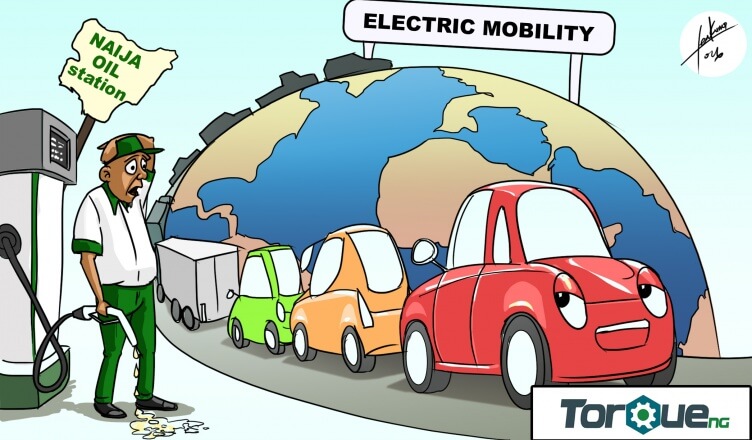 Interest in Electric vehicles (EVs) and Mobility by both car buyers and manufacturers has increased lately with every major automaker working on one and a few with at least one in series production. Until now, the consensus was that Electric vehicles were not viable due to high cost of batteries and supposed lack of interest from consumers, but with rapid drop in battery prices from about $1000/kWh in 2010 to about $350/kWh in 2015 according to Bloomberg New Energy Finance (BNEF), EVs are beginning to look more viable. Also the release of the high performance Tesla Model S has contributed a lot in changing the perception of what an electric car can be. That change reached a tipping point in March 2016 when the more affordable Tesla model 3 was announced. Since then around 400,000 people have paid $1000 for a reservation.
According to ev-sales blog, global EV sales were at 548,000 in 2015 compared to 72.37 million of Conventional cars as reported by Statista. That’s a minuscule 0.8% of global new car sales. Regardless BNEF is forecasting EVs reaching 35% of global new car sales by 2040 and another oil price crash by 2023 due to increasing uptake of EVs. We have witnessed the havoc of what the current oil price crash has done to the Nigerian economy and now analysts are forecasting another one. This could mean an apocalypse for Nigeria or an opportunity to break away from our oil addiction.
At Nigeria’s current trajectory with no concrete diversification strategy, we might be at the mercy of the market price of oil. But if we take a template from another major oil producer that is already ahead of the situation, disaster might be averted. Norway is the 15th largest oil producer at 1.9 million barrels/day, Nigeria is the 13th largest with  2.4 million barrels/day. But a more accurate metric would be barrels per 1000 people. For Norway it’s 366 barrels/1000, and Nigeria 13 barrels/1000. So Norway does enjoy a greater amount of wealth from oil than Nigeria does.
Despite Norway’s exports being 57% oil, they are currently the best prepared country for the EV revolution. ev sales blog reports Norway ended 2015 with 34,000 EVs making 22.8% of new car sales. By far the highest percentage of any country globally. Norway has achieved this by creating the right public policy, incentives, and building out the charging infrastructure to support this relatively new form of mobility.
Nigeria’s 2015 new car sales of about 32,000 is a drop in the bucket of global car sales, but adoption of EVs locally will benefit not only the environment, but also relieve the stress on the supply of Petrol for Conventional cars. For this to happen, it will require concerted efforts between the Electric power industry, car retailers, and government. The current lack of electricity infrastructure compounds the issue. Norway and other countries making headway with EVs today already had a developed electricity distribution infrastructure, but Nigeria would have to build one while making the transition.
Do Nigerians want electric cars? maybe. With the recent fuel scarcity, more Nigerians would consider the option, but electricity has to be diversified and more robust to handle the demand. So does the move to more EVs spell doom for Nigeria? Possibly, especially with the Netherlands and Norway setting aggressive targets to reach 100% EVs by 2025 and many other countries likely to follow. If the BNEF forecast holds true we might have to brace for more economic hardship as the market for our shrinks. On the other hand we can take the opportunity to diversify our economy, build a resilient electricity infrastructure and educate the citizens. The best option is to not wait and see but take advantage of the opportunity to move our road transport to become future proof.